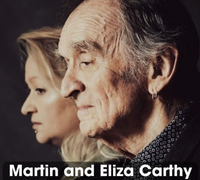 Songwriter James Yorkston’s gloriously eclectic nights of music and sounds have made a new home at The Queen’s Hall.

“I just try and mix things up, keeping the line-ups interesting, not one particular genre or theme to a night… A lot of the people I ask to play are friends who I’ve nown for years, or just people I’ve met on the road whose music has taken to me. When programming, I start with Who would I like to see play? and work from there…” (James Yorkston)

These are intimate, multi-act shows, opening with a few songs by James Yorkston and hosted in the snug of The Queen's Hall's new performance space. There’ll be a few unreserved seats on a first-come-first-served basis, then standing space.